HomeArticlesAre you Afraid of Dying?

Are you Afraid of Dying?

Funerals, everybody loves attending them, right?  If you are like me, you don’t look forward to attending a funeral.  Depending on who died, it may be a very somber event.  In my forty five years on this earth I have attended funerals for the young, old 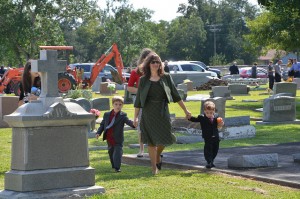 and everyone in between. Funerals are a difficult part of life, but they are a necessary part of our lives that helps us to see beyond our current existence.

We attended a funeral for a relative a few years ago and in the course of our preparations, I contacted a shipping company to ensure that a package being delivered to me would arrive prior to our departure.  When I mentioned that we would be attending a funeral, he expressed his condolences and commented that he had noticed that fewer people are attending funerals these days.  In my own experience, I also find that many times people, for various reasons, do not bring their children.

Death, Where is your Sting?

Last August my father in law was diagnosed with pancreatic cancer.  If you don’t know, pancreatic cancer is one of the most aggressive forms of cancer and remission is not a goal of the treatment plan, it is only to extended the patients life by a few months.  When my father in law received the diagnosis his comment was, “God’s will be done”.  The first appointment with the oncologist was a sight to see.  My father in law was joking with the doctor, asking her about her family and evaluating his options for treatment.

When I told people about the grim diagnosis (12-18 months to live if chemo was chosen, 6-12 if no chemo), people expressed their condolences and sorrow at the news and asked how he took the news.  All I could say was he took it well, and that he was prepared for his final test on this earth.  My father in law was a very faith filled man, who loved his wife, 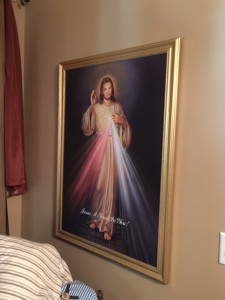 children, grandchildren and great grandchild dearly.  He prayed the liturgy of the hours every day, led a weekly prayer group with his wife and was a daily communicant.  He had been preparing for this moment almost his whole life, training for the big race in a sense.  He was ready.  Now I don’t think he anticipated the brutality of dying of cancer or the double edged sword of chemotherapy treatments, but he bore these sufferings with grace and purpose.  When we attended Thanksgiving with his extended family, he led the prayer and prayed in thanksgiving for the 49 years of Thanksgiving dinners with them and he prayed that those present would not lose their faith if he wasn’t healed of the cancer.  He also prayed that he would have the strength to be a good example of how to face the end of your life by trusting in the Lord.

Our time on this earth is short when compared to eternity.  St. Paul asks the question in Paul’s first letter to the Corinthians, “Death where is your sting?”, and in his letter to the Philippians, he longs for the time when he will depart this life and be with the Lord.  It appears that our society has lost touch with the eternal truths of God and the beauty of everlasting life with Him in heaven.  We have become so focused on the here and now, that the last things (death, judgement, heaven and hell) have fallen by the wayside.  We fear death, we fear suffering, we fear giving an account of our lives.  If we fear the end of our earthly lives, I can see why many would not want to attend funerals.  Funerals are an occasion for us to face the truth that we will all die, it compels us to reflect on how we live our lives and maybe on what we will say to the Lord when we meet him after our own death.  Even the late Steve Jobs, of Apple fame, said in a keynote speech in the 2005 Stanford Graduation ceremony, ”If you live each day as if it was your last, someday you’ll most certainly be right.”  We should live our lives as if each day is our last, all while keeping an eye on Christ.

We should not fear death 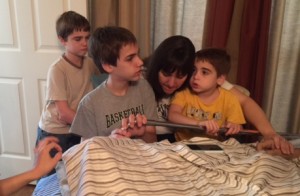 In these last few days before my father in law passed away, everyone gathered around him, while he was still communicative, he would spend time in prayer with the other members of the family. He didn’t fear death, only the path to it, he didn’t worry about himself, only those he was leaving behind.  The hospice nurses marveled not only at how he approached his death, but at how the family did as well.  They said that it is not often that they see so many people wanting to be with the person who is dying, they were really amazed at how the children approach their grandfather with sadness, but not despair.

As parents, we teach our children 24 hours a day by our actions and our words.  As parents, we trust in the word of Christ that this world is not the end, but a preparation for eternity.  The death of a loved one and the funeral that follows is a beautiful opportunity to talk to your children about the last things.  Even very young children who may not be able to understand our words and explanations about death, will learn that it is a normal part of life.  This person who they knew alive is now dead and will no longer be a part of their earthly lives.  Is this easy for a child to accept, probably not, but it is a lesson they need to learn.  When we recognize and accept our own mortality, we can move on to doing what is necessary to ensure that at the end of our lives we will receive our eternal reward.  We as Christians should not fear death, because Christ has conquered death, it no longer holds power over us.

Click below to listen to a talk by Fr. Nathan Cromly on how to help you children deal with the loss of a loved one: